RedeSTEAM, Redeia’s competition to promote scientific and technological vocation among girls aged between 14 and 15 years old, will hold its second edition in the academic year that just started. Redeia’s chairwoman, Beatriz Corredor, announced it today on the second day of the Sustainability Days, where the Minister of Education, Pilar Alegría, took part.

Corredor and Alegría presented the awards to the thirty female students who were winners of the first edition and reflected on the role of education in ecological, fair, and inclusive transition and on the need to break the gender gap in STEAM fields, which goes through eradicating stereotypes and bias that limit girls when choosing their studies. According to the last PISA report, only 5% of female secondary students expect to work in science  or engineering, compared to 15% of male students.

“The society of the future needs you. Women's vision is different, complementary, and diverse. Female leadership exists. It takes into account people, emotions, and feelings. Therefore, when we talk about dedicating ourselves to the STEAM fields, we are not only talking about science and laboratories, we are talking about the contribution of women to that future,” said Beatriz Corredor to female students belonging to the education centres: Mirasur School, in Pinto; IES Sor Juana de la Cruz, in Cubas de la Sagra (Madrid); Colegio Torrenova, in Betxí (Castellón); IES Martin Rivero, in Ronda (Málaga); IES Padre Manjón, in Granada; and Centro Social Bellavista Julio Blanco, in Cueto (Santander).

Redeia’s chairwoman has encouraged them not to limit themselves to scientific and technological studies, bearing in mind that 80% of jobs today will be gone by 2030, replaced by STEAM jobs, according to the OECD. “We do not know what jobs in the future will look like, but current training must provide you with the skills you need,” she told the winners, who had spent the day learning about aerospace engineering and robotics, chemistry and physics for a sustainable world and scientific creativity from the Big Van Science team of scientists and researchers.

Meanwhile, the Minister of Education and Professional Training, Pilar Alegría, explained that “When you think of the future, we all think of education” and emphasized that the Spanish education system has been contributing for decades to making the productive system more modern. In this regard, she pointed out that the education reform was implemented to “adapt the way of teaching and learning to the reality of a century when access to knowledge has changed radically” and referred to the modernisation of Professional Training and the promotion of female talents in technological industries to overcome the gender gap.

The Minister also talked about the need to drive the ongoing training of people, encouraging, on the one hand, interest and facilitating a cumulative and standardised professional training that is flexible and that allows one to prove the knowledge acquired during work life in an agile manner. “In sum, we are talking about more female talent in technological industries, about new ways of learning during our whole lives, about more digitisation, and more ongoing training for professionals. We do not know what the future will look like, but if we achieve these goals, we will be much better prepared.”

Ángeles González Sinde, film director and president of the Royal Board of Trustees of the Reina Sofia Museum, echoed these sentiments, emphasizing that “All situations of crisis, where alarms go off and we enter a field of priorities, endanger advances, particularly those related to social and civil right issues. Equality and gender-parity are an aspect that should be so framed within all policies and the lives of everyone that it is difficult to eliminate them and placed them in the fourth place. But the risk is still there. Therefore, we have to be more alert and vigilant, and keep saying that it is not an accessory but a need to move forward and leave the crisis.”

People, the stars are changing

Today’s session placed the focus on the social aspects of sustainability and the need for ecological transition to leave nobody behind. Among the speakers, the CNMC president, Cani Fernández, talked about the role consumers have at the centre of the new energy regulations. As she pointed out, “Regulatory changes have favoured an exceptional leap in new self-consumption installations in Spain since 2021. This new supply model is becoming increasingly popular among consumers.” In this regard, she added that “Energy communities are one of the largest structural measures we have to approach by the European Commission, the industry regulators and the Ministry. It is a model that will give consumers a great lead role.”

Meanwhile, Cristina Garmendia, president of the COTEC Foundation, explained that to complete such an important transformation, technology is as important as what it surrounds: culture, processes, etc. Change demands innovation, not only technological and scientific, but creating value, and not just economical.” 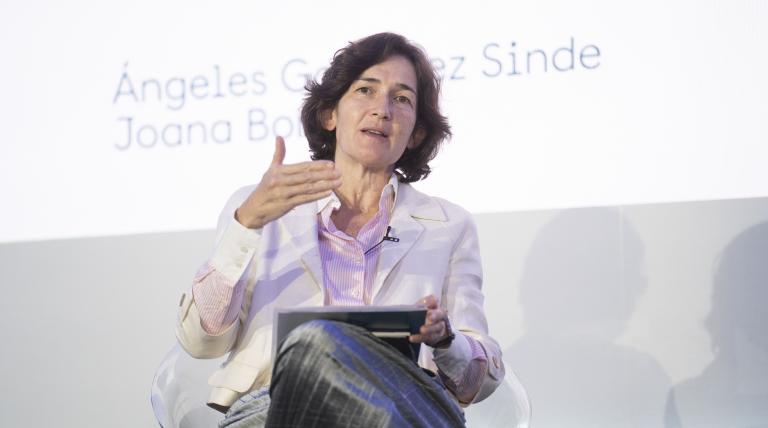 Ángeles González Sinde, President of the Royal Board of Trustees of the Museo Nacional Centro de Arte Reina Sofía. 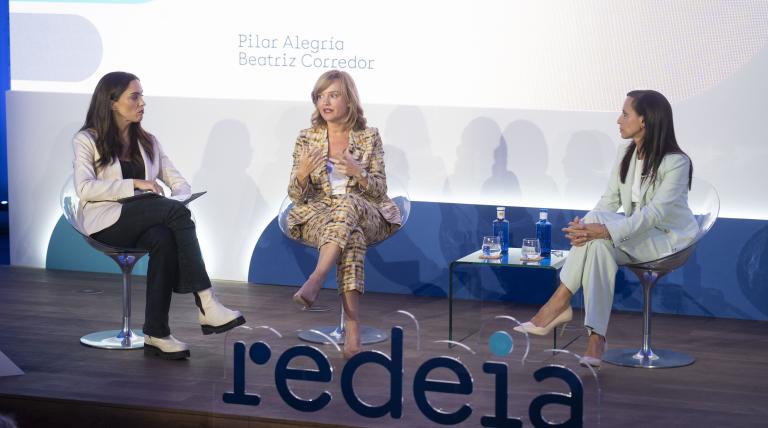 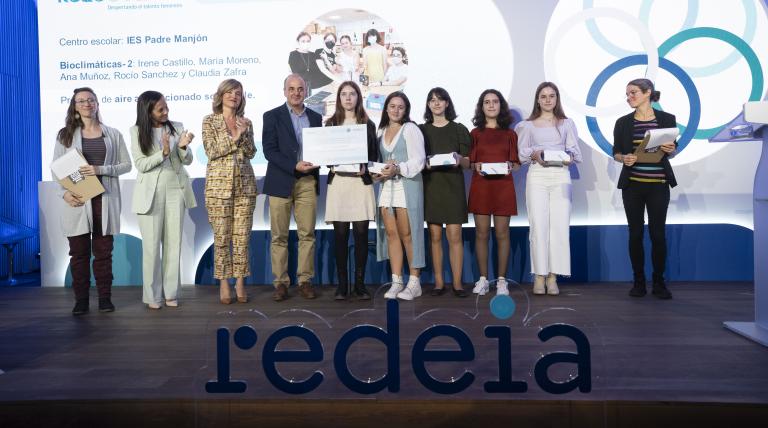 The students of the CEIP Padre Manjón (Granada), winners of the first edition of RedeSTEAM. 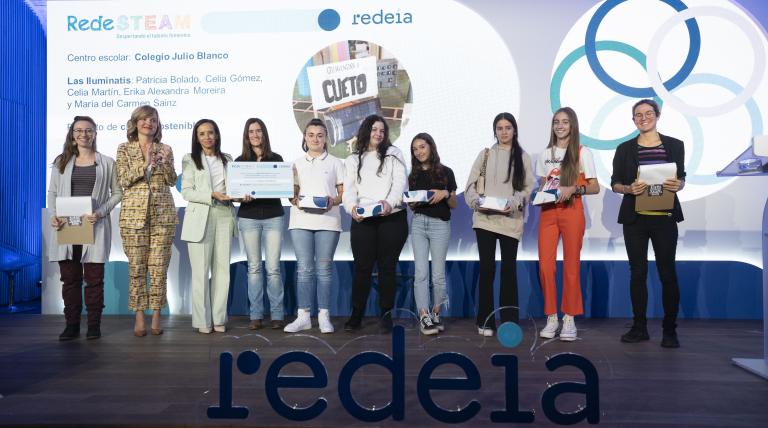 The students of the Bellavista Julio Blanco de Cueto School (Santander) winners of the first edition of RedeSTEAM. 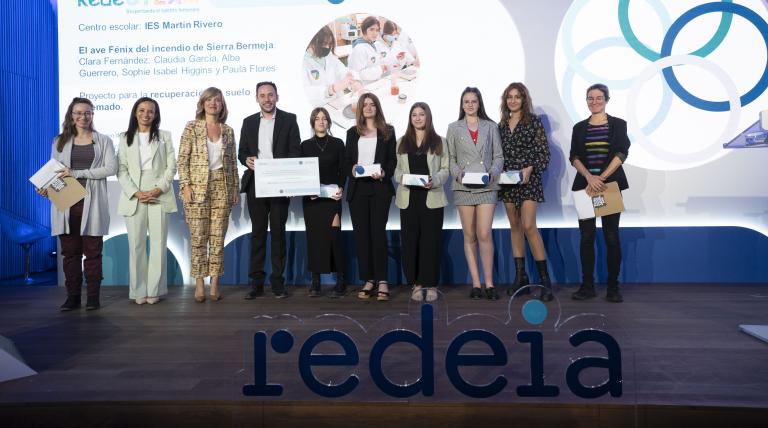 Chairwoman of Redeia and the Minister of Education give the award to the students of IES Martín Rivero de Ronda (Málaga). 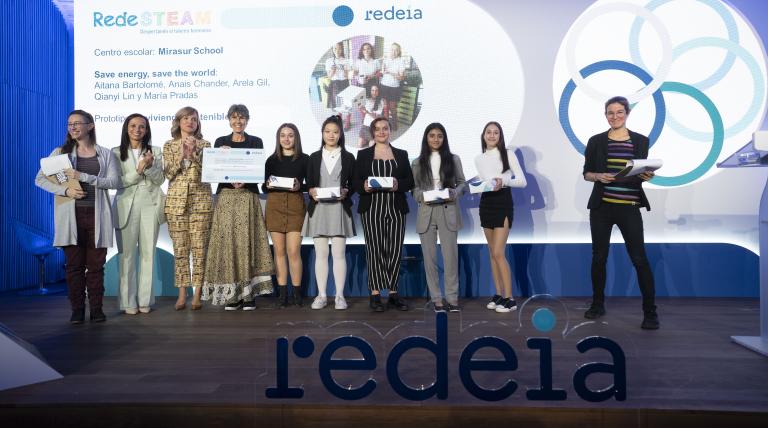 The students of Mirasur School receiving the RedeSTEAM's award. 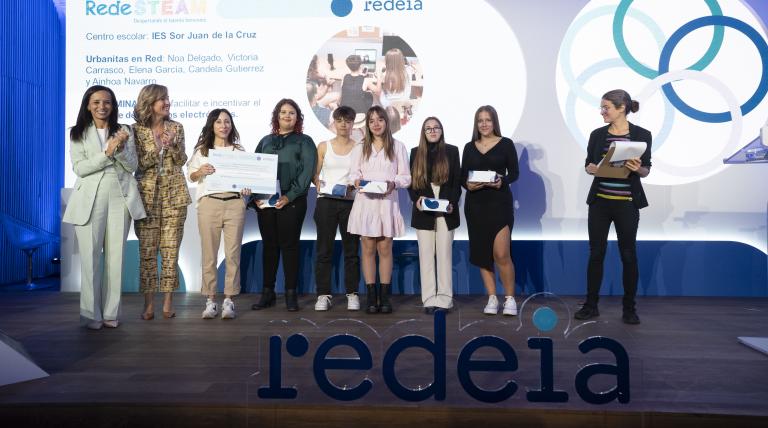 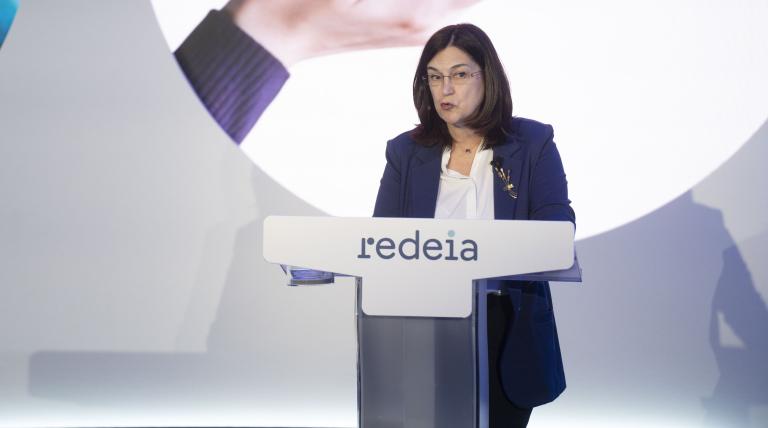 Cani Fernández, Chairwoman of the CNMC, during the round table. 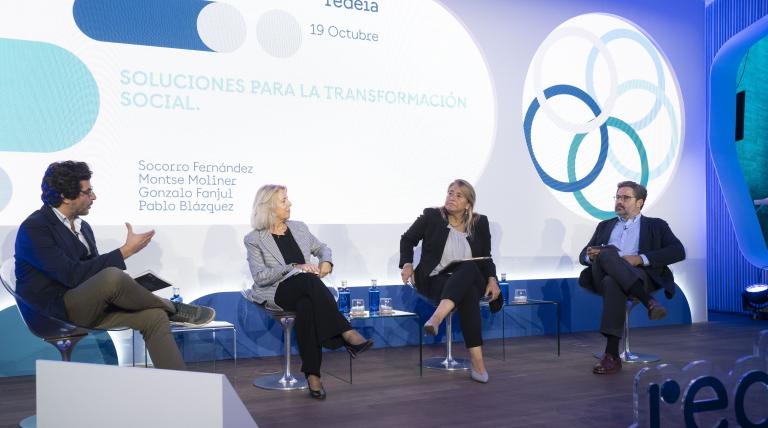 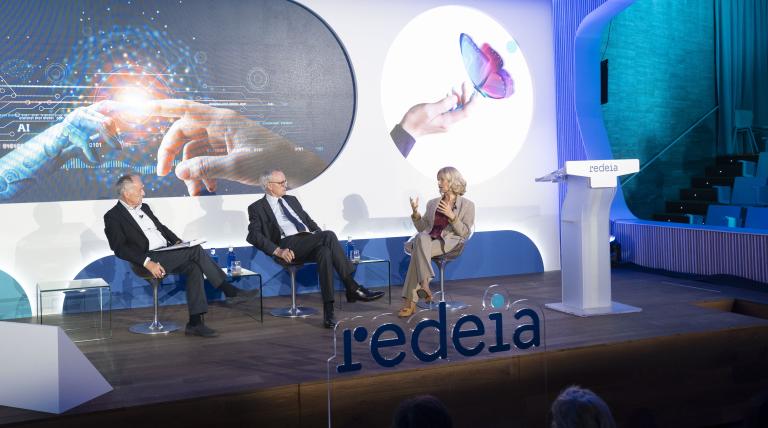 Download
PR_ Corredor announces a new edition of the RedeSTEAM to close the gender gap in technology (PDF - 119.51 Kb)